What is the Minimum Viable Product? – A Guide on What MVP Means

When you have a business idea, there’s a high degree of certainty that the idea is not perfect. And, that’s why you need to test it out in the real world.

Well, there are numerous ways for testing your ideas – for example, you could create a proof of concept, a prototype or even an MVP and show it to your target audience and get their feedback.

MVP is short for minimum viable product. Although it has product in its name, it could well be a service as well. An MVP is the most bare-backed feature stripped model of your business idea that you can sell to your audience initially. 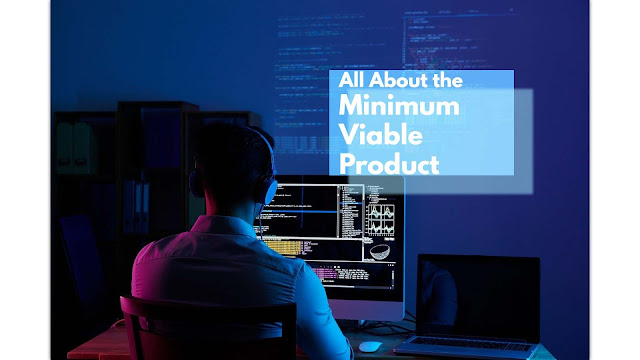 That’s why it is called “minimum viable”. It has the minimum necessary features so as to be viable for your audience.

What is the Minimum Viable Product – The Basics

A minimum viable product (MVP) is a Lean Startup concept that emphasises the importance of learning in new product development.
An MVP, according to Eric Ries, the founder of the book, Lean Startup, is the version of a new product that allows a team to collect the most amount of verified learning about customers with the least amount of effort. This validated learning comes in the form of whether or not your clients will buy your product.
A crucial tenet of the MVP concept is that you create an actual product (which might be nothing more than a landing page or a service that appears to be automated but is entirely manual behind the scenes) that you can provide to clients and watch their actual behaviour with the product or service.
Observing what people do with an item is far more effective than asking users what they feel about a product or service.
The key advantage of an MVP is that it allows you to learn what your users’ actually feel about your product without  having to fully build it. The sooner you can determine whether your product will be appealing to clients, the less time and money you will waste on a product that will not be accepted by users in your target market. 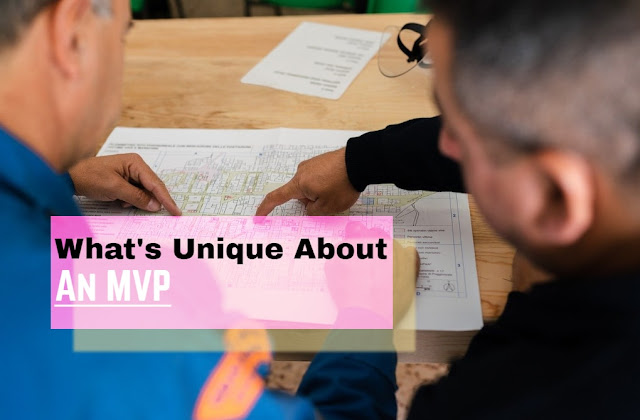 Before going into the differences, a key similarity among the three is that, all of them use the design thinking methodology, wherein the builder of the product or service keeps on iterating and reiterating on the offered product or service based on feedback.
However the three are fundamentally different.
A proof of concept is the most basic iteration of the product or service that you are going to offer. It can well just be a sketch of a website that you are going to build or a sketch of a product that you are going to engineer.
It is the item that you can put in front of your target audience with the least work or investment.
A proof of concept is the most initial stage in transforming any business idea into reality. It’s done after you have done a market research analysis or have used Porter’s Five Forces model to analyze your business idea’s viability.
Once you receive positive feedback, you move ahead with the prototype. The prototype can be an engineered product or a semi-functional website. It’s job is to help you understand how users feel about the product or service before you reiterate on it some more and create your MVP.
A key point of difference between all the three items is that the MVP is the only item that enters the market whereas the proof of concept or the prototype is not intended to be sold as a product or service in the market.
As such, the Minimum Viable Product is the only reiterated version of a proof of concept and a prototype.
A prototype is ideal for gathering feedback from internal audiences, but it is rarely even close to the finished product. While developing a prototype, an entrepreneur or product development team must contend with a number of constraints.
Typically, entrepreneurs build a prototype to pitch to investors. This is usually done after the basic assumptions as to the need of the product or service are validated in the proof of concept stage.
Due to a lack of investment in the prototype phase, actual materials and programmes are not incorporated in the prototype, causing it to deviate significantly from the planned result. Similarly, a proof of concept may also be drastically different from the design of a prototype.
The ultimate goal of creating a prototype is to validate the design, which sometimes includes extraneous features and tasks that can be avoided while testing the assumptions.

Essentials of an MVP 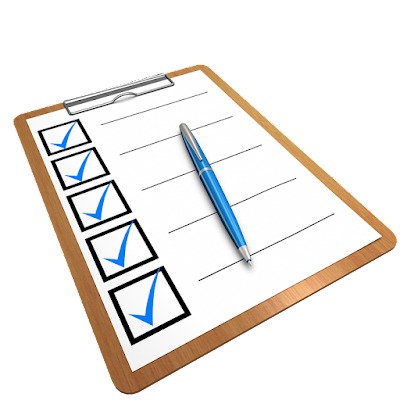 A minimum viable product (MVP) is the initial saleable version of your product, designed with the bare minimum of functionality necessary to satisfy early adopters and confirm the usability and demand assumptions upon which the final product is built.
To make things clearer, let’s divide the definition into three parts:
First, let’s start with the M of the MVP.
Minimum Yet Sufficient Features: The MVP must be created with the fewest resources possible while still being marketable. That is, it should have the bare minimum of features to satisfy clients.
Viable: The term viable is crucial in clarifying the definition of MVP since it distinguishes an MVP from a prototype. To validate the assumptions, a product must be alive and functional before being deployed as an MVP.
Validate Your Assumptions: Every entrepreneur bases his or her product on certain assumptions about the market, demand, and utility. An MVP is intended to confirm or invalidate the assumptions upon which the final product is constructed.

Why You Must Always Build an MVP

Trying to ensure that your product or service is perfect is one of the biggest mistakes that startups make.
It will never be perfect unless you constantly take feedback from the market and improve upon your product.
That’s why the proof of concept and prototype was there.
Now that you are entering into the market, your product or service is much more revised than the proof of concept or prototype.
Still, the main aim of the Minimum Viable Product is to get customers as well as feedback. Both of these two requirements have to be met. 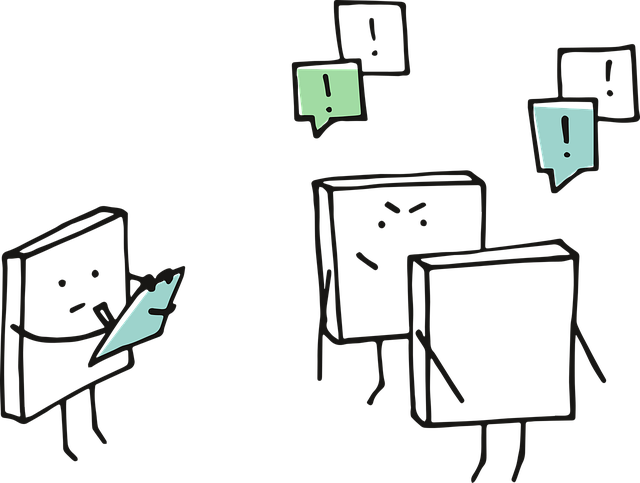 For example, customers may signify that your product or service design is causing them some issues and may be improved upon. Make sure to record these observations and use them for improving upon the MVP.
If it is a service or a website, you can easily incorporate the feedback via updates or algorithmic changes. In fact, this is why large businesses always use A/B tests before making any changes to their algorithm or even design changes for that matter!
Having your MVP placed in the market can even help you learn more about your marketing strategy, how to go about your 7 marketing functions or even more fundamentals in your business; for example – your business model, or revenue model. Ineffective business models or revenue model can cause a business to leak on opportunities and sabotage the business, unless you pivot into a different business or revenue model.
It can even help you get a complete relook into your business strategy – but this time you can use the feedback that you received from the market as a tool in your favour. 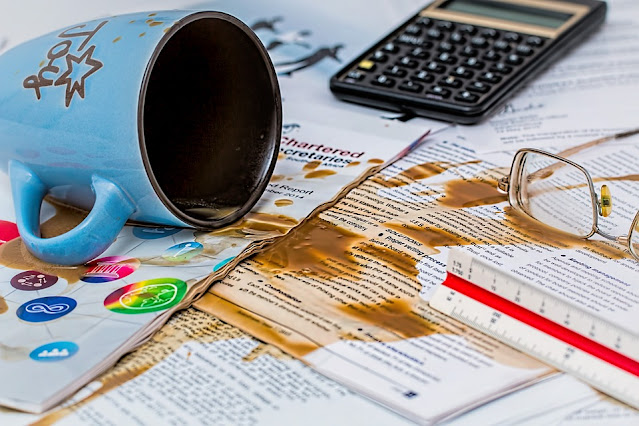 Some often use the phrase MVP without fully comprehending its intended application or connotation.
This lack of awareness often results in the belief that an MVP is the least amount of functionality they can give, without the additional condition of being adequate to learn about the product’s financial viability.
Be careful not to confuse an MVP, which focuses on learning, with a Minimum Marketable Feature (MMF) or Minimum Marketable Product (MMP), which focuses on getting revenues.
While the minimum part is important, ensure you don’t miss out on the “viable” part. Your product has to be viable for the market, or else users will reject it and you won’t learn anything through the process.

When an MVP is used correctly, a team can drastically alter a product that they give to their clients, revisit their business plan or quit the project entirely based on feedback from their users. MVP enables you to perform as little work as possible while getting you relevant feedback from the market.

How Zappos Used a Minimum Viable Product to Launch its 1.2 Billion E-Commerce Store!

Nick Swinmurn decided to start Zappos after being irritated by his inability to find a pair of shoes on the market. Zappos sought to sell shoes online. However, much like any other e-commerce site, it required thousands of dollars to purchase inventory for the products.
To prevent losing all of his money on his untested idea, Nick launched his MVP first.
He went to his local mall, photographed every pair of shoes, and listed them for sale on his MVP website to gauge buyer reaction. When a buyer placed an order, he would buy the shoes from the mall and ship them to the customer’s address.
Needless to say, that gave rise to the billion dollar online shoe e-commerce store that was subsequently bought over by Amazon.

Amazon Used a Similar MVP Strategy when it Started!

The majority of people are aware that Amazon began as an online bookstore. You may be surprised to learn that Jeff Bezos began by purchasing books from distributors and distributing them to customers whenever his online store got an order.
Because of the large book sales, it made sense to keep adding products to the store, then purchase warehouses, and lastly provide each customer with a tailored internet experience.
However the way he started ensured he kept his working capital requirements at a minimum. Low working capital requirements is a boon for any startup as it prevents stressing the business finances.

When Foursquare first became popular, it only had one feature. People would check in at various locations, allowing them to earn badges. The gamification piqued people’s interest in using the service. Only after Foursquare had a very good number of users did it grow into a full-fledged city guide.

Wrapping it Up – What MVP Means for Your Business

You don’t need to launch as a perfect product or service to become the next billion dollar unicorn! That’s totally unnecessary and you may be setting yourself out for failure.
Remember –
First, write your business idea and plan. Then do a quick swot and pestle test of the business plan.
Sketch out your proof of concept and test it with a target audience. Also do a Porter’s Five Forces Analysis.
Based upon the feedback that you receive, create a prototype and then test again.
Only then, go for the MVP.
And, boom! You’re all set to enter into the market!
Need help in launching your product? Book a free consultation with us and learn how we can help you launch your product from start to finish.
Read Next:
Scroll to Top