Can You Protect Your Software by Patent or Copyright in India? Find Out

Software is a product of human intellect and hard work; it would be appropriate to term it as “intellectual property”. 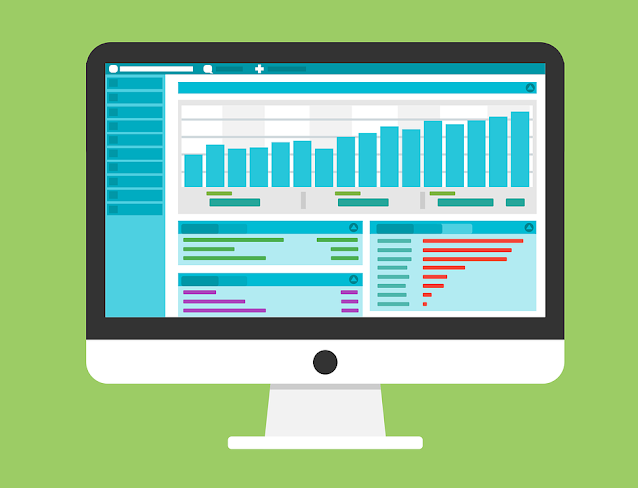 Considering the pivotal role, it plays in world economy and its development, protection of software is crucial and it needs to be dealt with. The problems faced by the said sector mainly deals with unauthorized production or piracy.

The protection has become increasingly necessary because every day the economy loses out on staggering amount of money. Piracy is increasingly becoming a global menace. For this reason, some developers go to extreme lengths to keep their software codes secret and impenetrable to reverse-engineering.

Software copyright is generally used by developers to curb piracy and the unauthorized copying of their software.[1]

In simple words, a software patent or copyright is a legal way to protect your software source code, idea, or invention. Thus infringement of the said copyright can lead to legal consequences.

Countries worldwide are not indifferent in this regard and strive to protect their developers as software is nowadays the backbone of the service-sector economy. In essence, the reasons for protecting software can be divided into economic reasons and moral reasons.

Economic reasons suggest that intellectual property must be protected so as to reward the person creating it. The mind behind the creation of the software must yield some benefit for the same. It will not only encourage that individual to work hard but also encourage others to innovate more.

Investment will also be stimulated by the promise of legal protection bearing in mind that investment in the development of computer software can be substantial. It will in fact benefit the society by increasing and stimulating employment, technical development, commercial growth and wealth.

The moral reasons suggest that a person who has created a programme or software has put in enormous amount of work into its creation and his efforts has to be recognised as it morally belongs to him.

A study conducted by a journal in the U.S. has shown that by decreasing piracy overall by 10% over 4 years will lead to nearly 4, 50,000 jobs, over US $40 billion in economic growth.

Two forms of Intellectual Property Rights can protect a software – patent(s) and copyright.

Protection sought by copyright is preferred in most countries as it is wider and the conditions to be fulfilled in order to be protected are not as onerous as in patent law.

Patent on the other hand is capable of providing protection to a relatively lesser number of items, as it imposes numerous conditions in order for a product or process to be qualified as patent. Patent granted is for lesser number of years than copyright and is more expensive as compared to acquiring a copyright.

However, copyright only seeks to protect unauthorized use of expression of ideas and not a complete ban on the use itself. So, a person can tinker around and remake a copyrighted software program with substantial changes depending on the countries’ laws and re-enact a software with similar functional aspects.

Although the process is difficult and sometimes takes years to be completed, it can be done.

In case of copyright, most countries enforce the right to prevent unauthorized use of work even if the work is not registered. 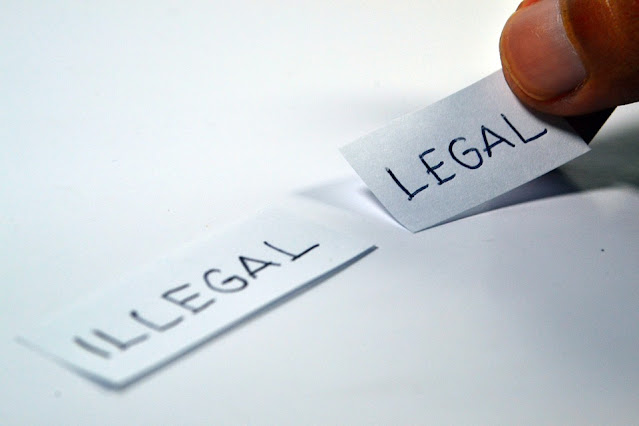 Computer software generally does not form the required subject matter of patents as the process must result in something “tangible” and “vendible.”

Though not many in India demand software protection but it is a necessity considering the growth of the Information Technology industry in the country.

India has adopted international agreements like TRIPS, Berne Convention, WIPO, etc. and has also incorporated law on software protection, as discussed further. The major statutes which govern software protection in India are the Copyrights Act, 1957 and Patents Act, 1970.

The National Association of Software and Service Companies (“NASSCOM”) is an ardent supporter of strong intellectual property laws in India and has been a major influencer in said field. In 1990, NASSCOM even began an active public awareness campaign to educate users about the lawful use of software, but it was considered by jurists as ahead of its time. NASSCOM is actively working towards providing anti-piracy measure.

It has been continuously engaged with the government of India for required changes in the IPR laws, keeping in line with WIPO and other international laws and treaties.

That said, India provides protection to any software-propreitor, who chooses to keep it as a confidential information or trade secret.

Copyright was said to be associated just with artistic products back in the day but now copyright is also an important weapon in protecting computer software.

The Copyrights Act provides copyright protection for original works of authorship fixed in any concrete medium of expression. The Act confers on the copyright owner exclusive rights over the reproduction, preparation of derivative works, distribution.

Registration of copyright in a work is not necessary to proceed with an action for infringement. Even if a copyright has not been registered, the owner has rights over the said software, but has to wait the court recognises such rights in a suit for infringement.

Section 2(ffc) of the Copyright Act 1957 describes computer programme as “a set of instructions expressed in words, codes, schemes or in any other form, including a machine readable medium, capable of causing a computer to perform a particular task or achieve a particular result”[2]

The said section is read with Section 2 (o) of the act which states that the term ‘literary work’ and includes “computer programs, tables and compilations including computer databases”.[3]

To establish the claim of copyright infringement:

The Copyright owner, in this case the ‘Plaintiff’ need to establish that the programme is original, recorded and his own work.

Once this is established, the owner needs to show proof that the defendant has copied his program whether literal or non-literal copying. And the copies have to be of a substantial part of the owner’s programme.

It is not necessary to establish that an exact copy has been stolen but a mere part of the plaintiff’s programme, being copies used by the defendant in his own programme shall be called as an infringement.

A small part of a computer programme may be substantial if it goes to the root of the problem. The length of the code isn’t that much important compared to what the copied code does.

If two software programmers write two identical software’s independently, in that case there will be no infringement and both will get copyright.

Section 51 of the act defines infringement of copyright and states that a person infringes copyright of the owner if he unauthorizedly commits any act which only the copyright folder has exclusive rights to do.

This includes privacy as well as merely posting the software online and / or claiming it to be one’s own.

The provisions for criminal liability are to be found in the chapter XII of Copyright Act, 1957 wherein abetment of infringement is also unlawful and shall be punished with imprisonment of upto three years and a fine up to Rs. 2 Lacs[6].

Section 62 of the Copyright Act, 1957 entitles a plaintiff to file for a suit of injunction against the infringement at a District Court having jurisdiction over the plaintiff’s residence or where one carries on one’s business or works for gain.

In a landmark case, Microsoft Corporation v. Yogesh Papat[7], the High Court of Delhi has awarded damages to the sum of 1,795,000 for copyright infringement.

The plaintiff sued the defendant for infringement of copyright and financial loss to the plaintiff. The Court issued decree in the favour of the petitioner and grated a injunctive relief, order for delivery up and decree of damages.

A patent is said to be a right exclusively granted to a person who has invented a new and original idea, an improvement of an existing article or found out a new process of making an article.

The Patents Act, 1970 states that a computer programme or a software per se other than its technical application to industry or a combination with hardware is not patentable.

However, there can be certain exceptional situations wherein the computer programme or software may qualify as patentable.

Thus, to claim patent over a certain programme or a software, the following determining factors and its requirement need to be met with;[8]

Section 2(1)(l) of the Patents Act 1970, states that “‘new invention’ means any invention or technology which has not been anticipated by publication in any document or used in the country or elsewhere in the world before the date of filing of patent application with complete specification, i.e., the subject matter has not fallen in public domain or that it does not form part of the state of the art.”[9]

However, section 3(k) of the Patents Act 1970 states that “a mathematical or business method or a computer programme per se or algorithms” are not inventions and therefore not patentable.

In the Report of the Joint Committee (Presented to the Rajya Sabha on the 19th December, 2001), the intention of attaching the words “per se” was elaborated in the said report stating that “.

This change has been proposed because sometimes the computer programme may include certain other things, ancillary thereto or developed thereon. The intention here is not to reject them for grant of patent if they are inventions. However, the computer programmes as such are not intended to be granted patent.4

The interpretation of section 3(k) of the Patents Act 1970, is that not all software can be considered for patent protection.

However, there will be certain cases where the software stands high on all criterias necessary for patenting.

In those scenarios, the software must be granted patent. Strict check on application, is committed by the Patent Office. Therefore, a software can be protected under the patents regime only if it has a “technical effect”.

Further criterias, which are often take into consideration other than the triple test of Novelty, Inventive step and Industrial applicability are that;

Firstly, the invention must be related to computer where software is essential and gives technical effect. 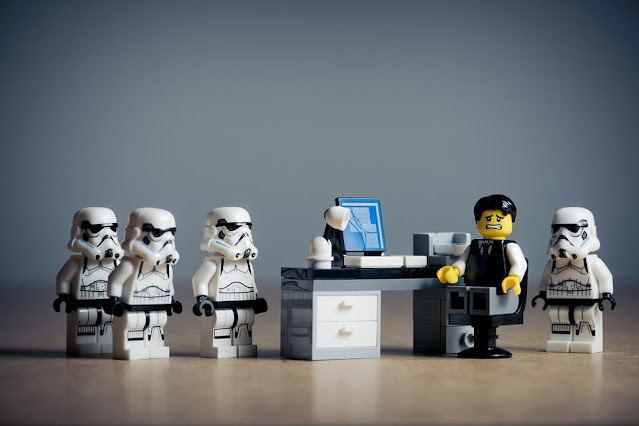 In Accenture global Service GMBH vs. Assistant Controller of patents and Design and the Examiner of Patents[11], the petitioner sought for a patent on a method to generate a data mapping document.

The objection against the method’s technical effect being unidentifiable, the applicant submitted that the present claims recite “technical solution to a technical problem of the need for a data document design system and design tools that addresses one of the most important technical challenges faced by database systems is data migration.”

After analysing the inventions and the case on merits, the Patent Office observed that the invention is not software per se, it is rather a system having web-services and software and thus, is not falling under section 3(k) and therefore the patent was granted.

What should you opt for – Patent or Copyright?

A patent over a software invention are often used to prevent others from utilizing a particular algorithm without permission, or to stop others from creating software programs that perform patent protected functions. 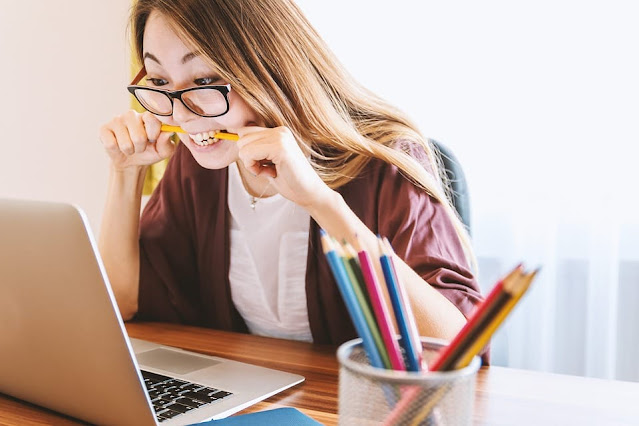 There are proportional differences in protection offered by patent and copyright. Some major contrasting features of Patent and Copyright are illustrated below.

Any software program, whether there is an inventive or ingenious aspect involved or otherwise, is protected under copyright.

Howsoever, the dilemma of opting for patent protection comes into the picture when there is an inventive aspect associated with a software package or a process.

In case the software product or a process has inventive aspects, then one should definitely explore the choice of protecting it using patents.

The reason being, protection offered under patents are much broader and stronger, although copyright protection is easier to get and lasts much longer.

It should be noted that the ultimate say depends on the software which needs to be protected and therefore it would be best to consult a lawyer in deliberating the process.