How to Appoint Directors for Indian Companies (Explained!): in 2022

The board of directors of a company are the ones who run the business. The directors are pretty much the brain of the company and the company operates under his management; therefore, it is imperative that you appoint the right person for the job.

In this guide, I will show how a company appoints directors, as well as how individuals who are not directors can be appointed as directors.

I will also go over how a company can appoint directors during exigencies such as increased work-load, or sudden resignation or leave by a director. I will also enlist the factors which can disqualify a person from being appointed as a director in Indian companies.

So, let’s get started! 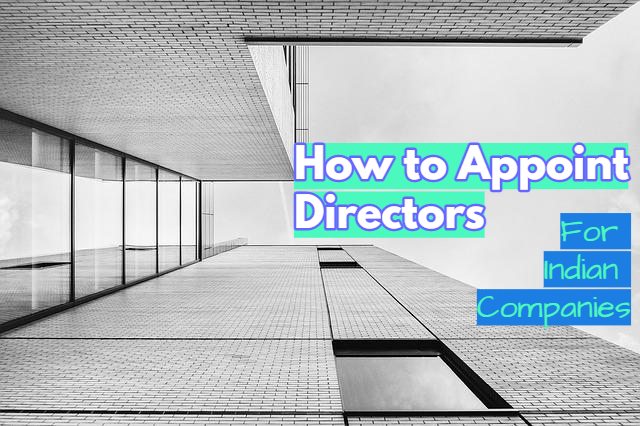 A Brief into the Legalities Surrounding Directors in an Indian Company

Section 149 of the Companies Act, 2013 provides that every company must have a board of directors and that the directors must be real individuals and not persons created under legal fiction for example trusts or other companies.

However, a minimum of one director out of the board of directors need to have stayed in India for a minimum of 182 days in the previous year of his appointment.

Section 149(4) provides that every listed public company must have a minimum of one-third of its directors who are independent directors, but this is not applicable to private companies.

Private companies, which are required to partake in corporate social responsibility, may just have one independent director for the purpose of filling in the seat in the CSR committee. There are a lot of pre-qualifications regarding independent directors, which you need to be aware of before you move ahead with their appointment.

But, that doesn’t concern most startups, so let’s go ahead with how all the types of directors are appointed-

If you are the subscriber to the memorandum of association in a company, you need to appoint the first directors by making provisions of the same in the Articles of Association of your company.

Related: Download Sample Memorandums and Articles of Companies provided by the Government in Schedule 1 of the Indian Companies Act.

If you fail to appoint any directors or do not appoint them, then you, along with the other subscribers of the memorandum shall be made the first directors of the company.

Note that once you become a director, you will be entrusted with a lot of responsibilities, as well. This is because you become the key managerial personnel in the company.

However, the first directors will be in office as the directors only till the first Annual General Meeting of the company, after which you can reappoint yourselves or appoint others as directors. 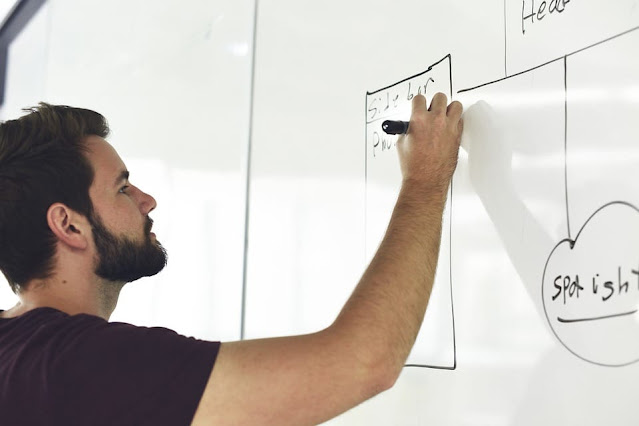 Now, Section 152 of the Companies Act, 2013 provides all about how directors should be appointed. And, it provides that directors must be appointed via General Meetings of shareholders.

In fact, in the case of Raghunath Swarup Mathur v. Raghuraj Bahadur Mathur, cited in (1966) 2 Comp LJ 100, it was held that when two or more directors are appointed via a single resolution, then the appointment shall be void and non-existent.

However, there is a way to go around this.

Before electing directors, the shareholders in the meeting needs to unanimously resolve that they are going to elect more than one person via a single resolution.

Also, there needs to be a proper contract between the company and the director that provides for appointment wherein the director gives his consent to hold the office. The consent also needs to be filed with the registrar after successful passage of the resolution(s).

It has been provided under the Companies Act, 2013 that directors of a public company are bound to retire by rotation and a maximum of one-third of the total directors of the Company can be made permanent directors.

If the shareholders choose to fill the gap, they can reappoint the outgoing directors or they can appoint fresh candidates to be directors.

Appointment by Minorities via Proportional Representation

This provision, which lies in Section 151 of the Companies Act, 2013 has been enacted to protect minority shareholders in large public companies that are listed in stock exchanges in India. It allows shareholders with shareholding of a maximum of Rs. 20,000 to vote for and appoint their directors.

Since theoretically, the majority can elect directors for all the board positions, this section serves to stop just that and provide the minority with proportional representation in the board of directors.

The company can prescribe via its articles of associations the manner in which the minorities of the company can vote for directors of their choosing.

One of the procedures for the minorities to choose their directors is by cumulative voting.

For example, if the minority shareholders hold 10% of the share capital of the company, they have a right to choose 10% of the board of directors.

Another way of voting via proportional representation is by single transferable vote.

What happens when a director suddenly retires?

Well, that issue has been the cause of a ton of controversies since decades. However, thankfully the issue has been pretty much resolved in the recent times. And, we’ll talk about that in the next section-

Section 161(4) of the Companies Act, 2013 provides for the situation when a seat in the board of directors becomes vacant. This can occur for any reason whatsoever – the director may suddenly retire, or he may fall sick or he may become disqualified from continuing in the position of a director for any reason.

When such a vacancy occurs, the Company’s articles will dictate how the vacancy will be filled.

But when there is nothing in the articles, which provides how the vacancy will be filled, the decision shall rest upon the board of directors, who need to make the decision at a Board meeting.

The newly appointed director will hold his office till the end of the tenure of the director, whom he is replacing.

In the case of Shailesh Harilal Shah vs Matushree Textiles Ltd, cited in AIR 1994 Bom 20, it was held by the Bombay High Court that the Board of Directors could appoint a person as an additional director when the number of directors fell below the minimum permissible limit as per Indian Companies Act.

What if You Suddenly Need More Directors for Your Company 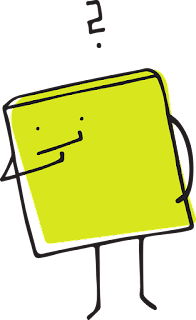 Well, these sudden requirements can be filled by the Board of Directors themselves by appointing additional directors. However, there needs to be a provision in the Articles of Association, which enables them to make the call.

This power can only be used by directors in cases of exigencies, such as the filling up of board seats in case of casual vacancies.

Also, if you want the shareholder general meeting to retain the power to select additional directors over and above the Board of Directors, you need to mention that in the Articles.

Steps on Becoming a Director in Indian Companies (for New Directors)

Now that you know how to appoint a person as a director, you need to know the pre-requisites that a person must have to get appointed as a director. It is pretty simple. All you need is to follow the following steps –

First, Get Yourself a Digital Signature Certificate

You need it to file all forms when communicating with the registrar or the Ministry of Corporate Affairs.

It’s best to get the highest class of digital signature certificate (Class 3). This guide shows you all the FAQs regarding getting your Digital Signature Certificate.

Director Identification Number is Required for Appointing Individuals as Directors

Before you appoint a director, check if he/she has a Director Identification Number, or DIN, for short. It is basically a number that serves to identify directors and helps determine whether they are qualified to serve as directors or not.

A company needs to inform the Registrar of Companies or such other authority as prescribed by the Central Government, the DINs of all their directors within 15 days of getting that information.

If your company fails to provide the information even after the late filing period as given under Section 403, you will be liable to large fines.

Therefore, you need to ask all appointed directors for their DINs as soon as they join.

And, don’t worry, it is perfectly natural for new directors to not have DINs. Then, they need to apply to the Central Government to provide them with the Director Indetification Number.

To apply via these forms, you need supporting documents such as your Aadhar card and PAN Card proving your identity. A digital signature certificate is also required.

Once the application is made, the Central Government will provide the DIN to the proposed director(s) within a few days (a month tops).

However, the proposed Directors after making their application, can continue acting in their position. When the director receives his Director Identification Number from the Central Government, he needs to notify it to the company, where he acts as a director.

Being a director requires a very high standard of responsibility. As such, Section 164 of the Companies Act, 2013 provides that a person can not be a director, if he meets some of the following conditions –

A person shall not be eligible for appointment as a director of a company, if he is of unsound mind, an insolvent, convicted of an offence, with not less than six months jail time and a period of five years has not passed since the conviction. If a person has been convicted of any offence and to imprisonment for a period of seven years or more, he shall not be eligible to be appointed as a director in any company.

Similarly, if a person has not paid any calls in respect of any shares of the company held by him, whether alone or jointly with others, and six months have elapsed from the last day fixed for the payment of the call, he/she can not be appointed as a director.

A convict of the offence dealing with related party transactions under section 188 at any time during the last preceding five years also can not be appointed as a director of a company.

No person who is or has been a director of a company which has not filed financial statements or annual returns for any continuous period of three financial years or has defaulted in its payments for one year or more, shall be eligible to be re-appointed as a director of that company or appointed in other company for a period of five years from the date of the default.

Additional grounds of disqualifications may also be provided for by a private company by its articles of association preventing appointment as a director in addition to those mentioned just above.

That’s all. If you have any questions, leave them down below, and we’ll get back to you. And, if you liked this article, do give it a share.