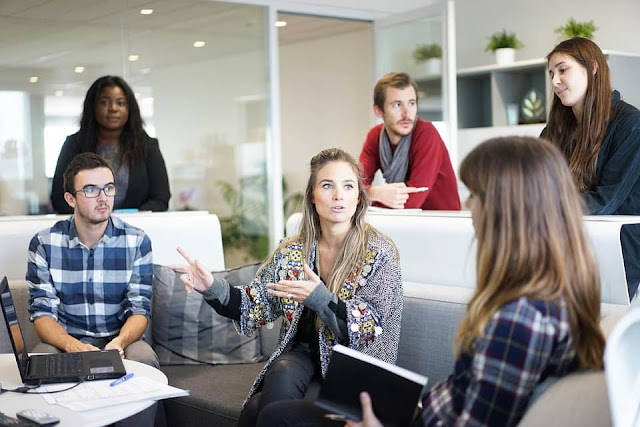 After ages of struggle, a lot of women, based on their skills and abilities, have stepped into the world of today. Crashing all boundaries, they’ve started to mark their place and rightfully demand what they deserve.

However, the discriminations and violations of women’s rights have not come to an end with this.

With the women entering the mainstream workforce, sexual harassment at workplace achieved greater dimensions. Such action pull down the progress level of women, restricts the development of their working arena, harms their mental health, affects their social and economic growth and also puts them through physical and emotional suffering.

In the year 2013, laws were being amended to criminalise offences like sexual harassment. And the ministry of Women and Child Development enacted the Sexual Harassment of Women at Workplace (Prevention, Prohibition and Redressal) Act, also known as the POSH Act.

Now, women have not only being the sole victims of sexual harassment. Men are victimised as well. Even though, sadly, the violations of men’s right in respect of sexual harassment had not received appropriate attention in the past, the issue is being looked into now.

Even after the implementation of laws preventing sexual harassment, many are not fully aware of the criminal consequences of sexual harassment. Inappropriate jokes and comments or eve teasing are normalised and thus, ignored.

Victims of such acts become hesitant to report and initiate actions against such acts in the fear of being misunderstood or disbelieved.

Not dealing with these issues at its initial stage can be a huge mistake for your business and can even destroy your business environment as well as communication among the employees, especially in the virtual work-environment wherein employees often are unable to disconnect from work.

Plus, these forms of erratic behaviour can be a strong reason causing for lack of safety in the workplace.

The landmark Vishakha judgement was the very first time when the supreme court of India laid down the guidelines and issued directions to the Union of India to enact appropriate laws to prevent sexual harassment.

Until a specific law was framed and enacted, the Vishakha Guidelines, which were issued under article 32 of the Indian constitution, was to be followed as a mechanism to redress grievances.

The Vishakha judgement described Sexual Harassment to be inclusive of unwelcoming sexually determined behaviour (whether directly or by implications), like physical contact and advances, a demand or request for sexual favours, sexually coloured remarks, showing pornography, or any other unwelcoming physical, verbal or non verbal conduct of sexual nature.

There were many more cases that were reported and judgements were given by taking the Vishakha judgement as a precedent.

In the judgement, the Supreme Court, enlarging the definition of sexual harassment, stated that sexual harassment is not only unwanted physical advances but also any request for sexual favours, other inappropriate conduct with sexual overtones, directly or indirectly, and if the rejection of any such sexual favours affects the employees work performance or in any way creates a hostile working environment.

Under the POSH Act, sexual harassment is defined in line with the SC’s Vishakha judgement. Sexual harassment includes unwelcoming sexually determined behaviour (whether directly or by implications), like physical contact and advances, a demand or request for sexual favours, sexually coloured remarks, showing pornography, or any other unwelcoming physical, verbal or non verbal conduct of sexual nature, under the POSH Act.

Under the POSH Act, an ‘Employee’ is defined as any individual engaged on a daily wage basis, either temporary or permanent, directly or indirectly, trainees and apprentices, probationers, co-workers, whether for remuneration or not, working on a voluntary basis or non voluntary, with the terms of employment being expressed or implied.

‘Workplace’ is also defined by the POSH Act, recognising that sexual harassment may not only be limited to the primary place of employment but beyond that as well. And thus, the concept of ‘extended workplace’ was introduced. According to the act a workplace includes any place which is being visited by an employee arising out of or during the course of employment, including transportation provided by the employer for the purpose of commuting to and from the place of employment.

The act suggests the setting up of an Internal Committee (IC), at each office to hear and redress grievances pertaining to sexual harassment.
It can be suggested that the IC should be comprised of members who are well versed with the POSH Act and its rules and with their responsibilities.

A minimum of 10 members are required to form an IC. The members should be approachable, accessible and understanding and at the same time should have good credibility and technical competency to handle grievance procedures.

The members of the IC should be unbiased in order to deliver a just decision. Being biased would lead to non reliability on the IC and thus, compromising with the entire motive of setting up an IC.

New methods and safety features shall be installed for the prevention of sexual harassment in  work premises. Regular meetings and discussions should be held for and by the IC for better communication and suggestions by the employees and members of the IC.

The POSH Act grants the IC, the same powers as that of a civil court under the Civil Code of Procedures, while inquiring into any complaint of sexual harassment in workplace or regarding the enforcement of the attendance of any person and examining him on oath, the production of documents or any other matter which may be prescribed.

There shall be well built Complaint Mechanism in every workplace. A complaint should always be addressed to the IC and not to any other employee.

A complaint should include the exact date and time of the incident with witnesses being mentioned and in an understandable language and document that is relevant is to be provided. The necessary detail of the one who is accused is also to be provided accurately.

Conciliation is an arbitrary method to resolve the issue after a complaint is being filed by the victim, on his/her request. Before the inquiry begins, and the matter is taken up formally, an option of conciliation is to be provided for the settlement of the issue.

Monetary settlement shall not always be a basis of settlement. Once the conciliation is done, the IC has the responsibility to record it and provide each of the parties’ i.e., the accused and the victim, with copies of it.

The redressal process is basically the summing up of all the processes we have covered up to now. It begins with the occurrence of the incident of sexual harassment at workplace.

The act of sexual harassment is to be notified to the IC, i.e. the Internal Committee, which is a must, in every work place under the POSH Act. The complaint which is being registered to the IC shall contain all valid information about the incident, like the date and time, along with the accurate details of the accused provided with relevant documents, if any.

The IC is to initiate an arbitrary dispute resolution method, also known as conciliation, on the request of the victim. The conciliation should not always be monetary based.

The IC is required to record the conciliation, if any, and provide each of the party with relevant copies of it.

Now, if there wasn’t any conciliation the IC is supposed to take things up formally and make a report of inquiry. The IC has the powers of the civil court with regards to the attendance of any person related to the complaint and examining him/her and demanding required documents as per the complaint necessitates.

If the IC, in its inquiry, finds any misconduct, or that no action by employer is taken or a false complaint was being lodged, can appeal to the court.

The workplace employee may provide the aggrieved with interim measures such as;

According to the POSH Act, the punishment of sexual harassment at workplace shall be;

To ensure that the POSH Act rules and provisions are not misused and no false or malicious complaints are lodged, a separate statute is been provided that states that if any complaint is found to be false or malicious and is proven to have misleading information, then disciplinary actions as per the service rules are to be taken against the complainant.

And, in the absence of the company’s service rules, disciplinary actions such as written apology, withholding of promotions or increments, or termination of service, warning, undergoing counselling, whichever may be deemed fit.

The issue of sexual harassment is very sensitive and thus, recognising this, the POSH Act ensures that the details of the complaint lodged and other related information is kept confidential.

Also the Act specifically stipulates that information regarding sexual harassment at workplace shall not be subject to the Right to Information Act, 2005. The Act prohibits the dissemination of the identity of the complainant, his/her address, witnesses or any other information and vice versa for the accused.

Where any breach of this is caused by any person obligated to maintain confidentiality, or is entrusted to make inquiries and handle the complaint, he/she would be punishable under the service rules or in the absence of service rules is liable to pay a fine of Rs. 5000.

If any employer fails to set up an IC in their workplace or the necessary requirements prescribed as under the POSH Act, they would be liable to pay a monetary compensation of up to 50,000 Rs.

And if any such offence is being repeated, the punishment would be doubled and may result in the cancellation of registration of the organisation or the revocation of business licences. All offences under the POSH Act are non cognizable.

THE DUTIES AND OBLIGATIONS OF THE EMPLOYER

OTHER LAWS AVAILABLE FOR SEXUAL HARASSMENT AT WORKPLACE

It is a central enactment that states the requirement of the employer of an entity to define and publish uniform conditions of employment. The Model Standing Orders of the Industrial Employment Act prescribes a list of act constituting misconduct and specifically includes sexual harassment.

Any conduct that may be constituted as sexual harassment not only violates the Prevention of Workplace Sexual Harassment Act, but also constitutes an offence under IPC. The charges are under section 354, section 354-A, 354-B, 354-C, 354-D, and 509.

WHAT AMOUNTS TO SEXUAL HARASSMENT

The following is a list of conduct that amounts to sexual harassment:

VICTIMS OF SEXUAL HARASSMENT AT WORKPLACE

Both men and women can be the victims of sexual harassment. The POSH Act, however deals with only the protection of women and safety measures available for women at workplace. Discrimination or sexual violence against men have also been age old but have recently surfaced on the front and the Indian Penal Code (IPC) deals with it.

TIME LIMIT FOR FILING A COMPLAINT OF SEXUAL HARASSMENT

A sexual harassment complaint needs to be filed within a time limit of 3 months from the date of the incident.

In case, there is a series of incidents of sexual harassment then a complaint is to be filed within a time limit of three months from the date of occurrence of the last incident.

Therefore the reviewing of their prevention policies by the employers is a must.

The persistent nature of sexual harassment in workplace, despite 20 years of legislation making such conduct unlawful, requires constant monitoring and vigilance in order to reduce its incidence.

There are new measures being taken up like the ‘SHE box’ which stands for Sexual Harassment Electronic Box. This is an online platform for female employees to raise complaints and issues regarding sexual harassment at workplaces.

The sexual harassment against men is still ignored in a huge number even today.

Even though the IPC deals with the issues of men’s sexual harassment, awareness about this is a must. Although there is no specific provision relating to that, businesses may incorporate that too in their dealings on sexual harassment.

If you liked this article, do give it a share. If you have any questions, leave a comment down below.