All About Company Resolutions under Indian Law: Explained! 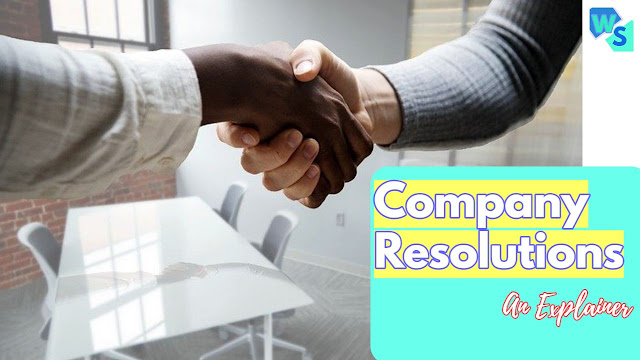 A Brief Introduction to Company Resolutions as per the Companies Act, 2013

Since a company is an artificial person and given a legal persona, any decision which is to be taken by a company is via, what is known as a ‘Resolution’.

During the lifetime of your company, you need to hold some general meetings or board meetings, whenever an important decision is to be made by the members and directors respectively.

In these instances, some procedures and rules are required to be followed by the company to ensure that meetings and the decisions taken therein comply with the Companies Act, 2013, which is the Indian Company Law.

An Example of a Company Resolution

This could be a company’s board decision of reducing the wages for its executives or key managerial personnel as a result of an extended period of decreased profits, with the aim of minimizing the company’s overall expenses and thereby having a better financial standing.

A smaller scale business resolution would be a manager’s decision to fire an employee because of his/her bad performance.

These are just examples and there are a lot of legal intricacies that are involved in passing resolutions by a company. And, in this article, you’ll get to know everything about them!

Meetings and Its Relationship with Company Resolutions

As already stated, decisions taken in a company meeting are known as resolutions. These resolutions may be undertaken by shareholders as well as the board of directors or committees such as the audit committee or the independent directors.

To better understand how resolutions operate, first we have to look at the types of meetings that occur in a company.

What is an Annual General Meeting? 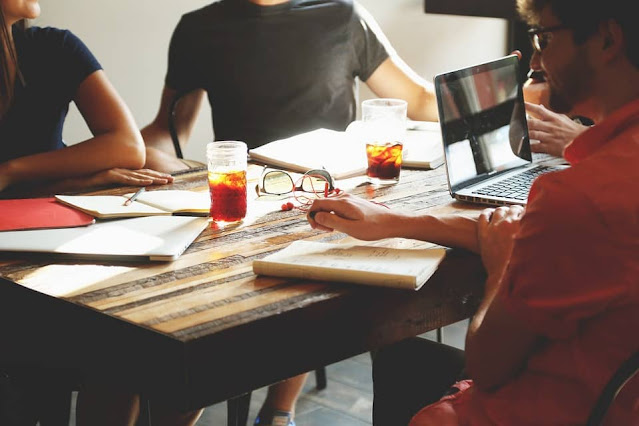 Any formal meeting of the shareholders of a company every year is termed as an Annual General Meeting.

Annual General Meetings are called upon by the Directors for the shareholders to discuss amongst each other the following:

To call a General Meeting, a notice is to be issued for a period of 21 days. The notice should include the following:

Any kind of a formal decision which is made by a shareholder during the meeting requires ‘passing of a resolution’.

The copies of these resolutions shall be filed in the registered office of the company, as per the Memorandum of Association within a period of 15 days after the passage of the resolution.

What is a Board Meeting?

A Board meeting is an official meeting of all the Board of Directors (BoD) of the company.

These meetings are held when the directors collectively have to make decisions, raise concerns, review financial queries or present proposals of the business and make new strategies for the future.

The purpose of such meetings are as follows:

A copy of the minutes shall be kept by the company in the registered address and shall be preserved permanently.

So, What are Company Resolutions and Where do they Fit In?

Since a company is a legal entity and an artificial person, it needs to make decisions. And, since it can’t make decisions by itself, its directors are the ones who make the decisions for it (in most cases; during an Annual General Meeting, the shareholders vote on decisions pertaining to the company).

And, how to they make these decisions?

Well, they make them by passing resolutions. However, the thing is shareholders can also pass resolutions. Although these are much broader and less often exercised, it’s still there.

A legally binding decision, which is made, by a company’s shareholders / directors is termed as a Resolution. If the majority of the votes are passed in the favour of a decision then it is said that a ‘resolution is passed’.

In other words, collective decisions of the directors or shareholders are called resolutions.

What Decisions require a Resolution to be passed under the Companies Act, 2013?

Many decisions require resolutions to be passed. Some examples are:

Types of Resolutions as per Indian Company Law

The resolutions can be divided into 2 types:

There are several categories of resolutions, which can be passed by members:

They can be passed by the simple majority votes of the shareholders. It is mentioned in the section 114 of the Companies Act, 2013. Moreover, anything, which can be done with an ordinary resolution, could also be done with a special resolution.

They can be passed by 75% of the majority votes of the shareholders. It is mentioned in the section 114 of the Companies Act 2013.

“The votes that are cast in the favour of the resolution,whether on show of hands, or electronically or on a poll, as the case may be, by the members who, being entitled to do so, vote in person or by a proxy or by postal ballot, are required to be not less than three times the number of votes, if any, cast against the resolution by the members so entitled and voting.”

When the resolutions are passed by a simple majority between the directors of the company, these are known as directors’ resolutions.

What Records Must be Kept when Passing a Company Resolution as per Indian Company Law? 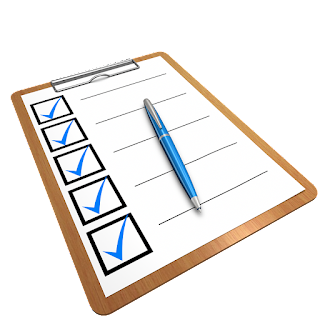 Resolutions, which are passed in a meeting, should be accurately recorded within the minutes of the meetings.

The minutes need to be distributed to the directors within 15 days of the conclusion of the meeting.

When a member or director requests for a minute, he must be given so, within 7 days of his request. Furthermore, all the shareholders must receive a written notification of any resolutions passed.

If the records are not kept, then a penalty under the Companies Act, 2013 will be imposed.

The company must keep all the records or decisions available for inspection and keep them at the company’s registered office or other specified location.

Passing of Resolutions by a Circulation under the Companies Act, 2013

When it is not feasible to call a committee meeting and the approval of all the directors is required on an urgent note then a resolution can be passed with the help of a circulation.

As per section 175 of the Companies Act, 2013 read along with rule 5 of the Companies (Meeting of Board and its Powers) Rules, 2015, the company may pass a resolution by circulation without conveying a meeting.

Drafting the Resolution to be Circulated

In order to pass a resolution by a circulation, the draft proposed is to be passed together with the required documents, if any, shall be circulated to all the directors of the board.

Modes of sending the Resolution by a Circulation

The various ways of sending the resolution to be passed via circulation are:

The resolution shall be passed if it is approved by the majority of the votes among the directors voting for the resolution.

Maximum time period of 7 days is given to a director after the circulation of the draft, regarding the resolution. In case a director does not respond until the last date then it is presumed that he / she has been abstained from voting.

Validity of a Company Resolution passed via Circulation

Passing the resolution by a circulation is as valid as if it is passed by the directors in a duly organised meeting of the Board of Directors.

Resolutions, which cannot be passed by a Circulation

The following matters can only be passed in a board meeting and not by a circulation:

Related Read: All You Need to Know for Creating a Power of Attorney for Your Business

How to Draft a Resolution by a Circulation

In this case, there are two main matters to consider –

The Format for Drafting a Draft Resolution, to be passed by Circulation is as under:

Name of the Director

The above table is with the reference to the provisions of section 175 of the Companies Act, 2013, read along with the rules prescribed.

Format for the Acceptance/Rejection of a Circular Resolution

The format is as follows:

Name of the Director:

*Assent/Dissent may be given by mentioning ‘Yes’ in the respected field.
*Signature is not required if the circulation is done through an email.

Real Example of a Company’s Resolution

In December 2017, the National Company Law Tribunal (NCLT) extended the time, during which another firm named Electrosteel Steels Limited was ready to invest in its corporate insolvency resolution process.

The Kolkata based steel company was under a debt of Rs. 10,274 crores that it owed to the SBI bank.

The admission was recommended at the Committee of Creditors (CoC) meeting on December 6, 2007. The executive members of the NCLT noted that the minutes of the meeting underscored the CoC by approving the resolution by a vote of 99.82%.

A Company being a man-made person, any decision taken by it shall be within the kind of a Resolution. Accordingly, a resolution could also be defined as an agreement or a decision made by the directors or shareholders of the business.

When a resolution is passed, an organisation is bound by it. The resolutions may be on almost any subject as in case of Board meetings since they are ultimately required for the running the business.